Some info on what we found in Tibneh 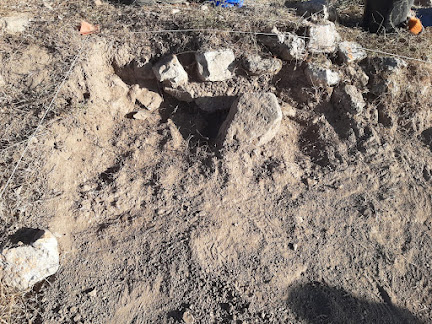 As promised, a post on why I was unable to find time to make the second part of the Shiloh destruction posts for over a month. It was because, as previously mentioned here , I had gone on a month-long excavation in Tel Tibnah/Tibna/Tibneh (however you want to spell), an archeological tel in Southwest Shomron (Samaria). We were quite busy there and between the archeological work and my work as a volunteer translator of our social media posts, as well as occasional breaks, I couldn't find the time to make the post. I thought I would use the following post to discuss some of the Tanachic-era findings from the site. Not everything has been properly studied yet, though, so there's not that much to say right now. The site is identified by pretty much all scholars with the Roman-era regional capital city Timnah. Some scholars also identify it with Timnat Serach or Timnah Cheres, the city of Yehoshua bin Nun. During this first season of excavations, we mostly found Roman and Hellenisti
Post a Comment
Read more

Irad, Iram and other Ir names

September 01, 2022
Been a little while since I've made a post on name-meanings, but I had this realization recently. For some time this last semester, I had been looking into the topic of apocryphal Enochic literature, because I had been thinking about doing a project on it for one of my courses. Eventually I switched to a different topic (if you're curious, it's about the Nesiut (patriarchy) of Rabban Yochanan ben Zakkai) , but having already delved pretty deeply into the subject, I realized recently that the topic might serve to explain the meaning of two ancient Tanachic names. I say ancient because chronologically-speaking, these people are some of the oldest in Tanach. Irad: Irad was none other than Kayin (Cain)'s grandson, son of his son Chanoch (the first, less-famous Enoch): "וַיִּוָּלֵד לַחֲנוֹךְ אֶת  עִירָד   וְעִירָד  יָלַד אֶת מְחוּיָאֵל וּמְחִיָּיאֵל יָלַד אֶת מְתוּשָׁאֵל וּמְתוּשָׁאֵל יָלַד אֶת לָמֶךְ." "To Enoch was born Irad, and Irad begot Mehujael, and Meh
Post a Comment
Read more

The Destruction of Shiloh, Pt. 2

August 31, 2022
So, life got in the way (more on that in a future post) and I was not able to create the second post until now. Apologies to anyone who may have been waiting. To recap, the destruction of Shiloh and the apparent subsequent removal of the Tabernacle from there are never explicitly mentioned in the Book of Shmuel. We only have some later hints to this in Yirmiyahu and Tehillim. That question is: This seems to have been a moment of great tragedy to Am Yisrael, according to the two instances in which the event is hinted at. Why then was this not recounted explicitly? Last time I offered my own idea. This time I'll offer up an idea by Rabbi Eitan Shandorfi in his book "הדר הנביאים" - "Hadar Ha'Nevi'im" (the Splendor of the Prophets). Rabbi Shandorfi dedicated an entire chapter of his book to discussing the matter. He finally concluded that the primary purpose of the Tabernacle was to serve as a dwelling for the Holy Ark of the Covenant. No Ark in the Tabernac
Post a Comment
Read more

The Destruction of Shiloh, Pt. 1 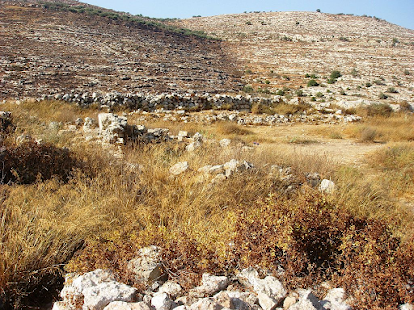 This will be a two-post series on the subject of the destruction of Shiloh. More precisely, on the destruction of the Tabernacle at Shiloh. The Tabernacle at Shiloh was constructed already in the days of Yehoshua ( idem. 18:1 ). There it remained until mysteriously disappearing circa the Israelite-Plishtite War in Shmuel 1:4:1-22 . After this war, we do not hear of people coming to the Tabernacle at Shiloh. Instead they go to places such as Nov and Giv'on. The reason was only reported centuries later, in Yirmiyahu 26:1-6  where Hashem tells Yirmiyahu to pass on a prophecy that if the people of the Kingdom of Yehudah do not fix their ways, the Temple will be destroyed just like the Tabernacle in Shiloh (similarly mentioned in ibid. 7:13-15 ). Subsequently, people get angry at Yirmiyahu for having the gall to threaten them with a destruction on par of that of Shiloh ( ibid. 8-9 ). Wait, destroyed? When did that happen?! Actually, this was hinted at already in a Tehillim chapter writt
Post a Comment
Read more

The meaning of Khiram's name 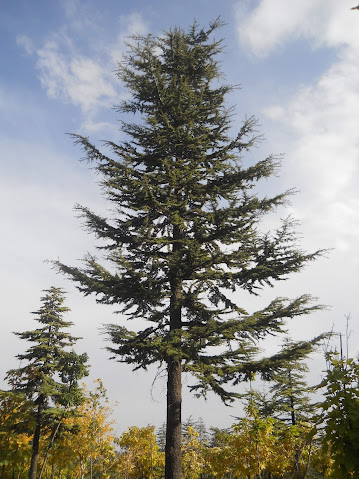 This is an idea I thought of some time last year, when I was doing some research into the Phoenician calendar. The Phoenician calendar - back when the Phoenicians were still known as Tzidonim, Tzori'im, Gevalim, etc (i.e., named after their land and/or city-states) - was a twelve-month calendar with each month having a name. To the best of my knowledge, a full list of names has not been found yet, but the list was restored by Prof. Robert Stieglitz in his essay "the Phoenician-Punic Calendar". Here's his list with my notes on the meaning of each name: זבח שמש - Zevach Shemesh - sacrifice to the sun מרפא - Merapeh - after Baal Merapeh, a Canaanite god חיר - Khir - per the name Khiram (Hiram), it may be deduced that Khir is the name of a god (as it seems the name means "Khir [is] great") בול - Bul - clump or rain פעלת - Po'elet or Pe'ulot - [fem.] acting or acts פגרם - Pegarim -  probably  referring to cultic stelae (and there  might have also been  a
Post a Comment
Read more

June 30, 2022
This week's parsha features Bnei Yisrael passing through Edom and the two Emorite countries - Sichon's country and Og's country ( Bamidbar 21:21-35 ). Og was the last of the Rephaim ( Devarim 3:11 ), a race of giants that were wiped out way back during the War of the Four and Five Kings in Beresheet ( 14:5 ). Some midrashim state that Sichon was also a giant, of the antediluvian kind (for example, Devarim Rabbah 11:10 ). Looking through Tanach it occurred to me that giants might be frightening, but they obviously aren't unbeatable. David and his men defeated a number of giants, and, as mentioned already, the four Mesopotamian kings managed to defeat the Rephaim. And yet, two parshas ago, when the spies told Bnei Yisrael that there were Anakim in the Land of Yisrael ( Bamidbar 13:28 ), Kalev and Yehoshua said nothing about "hey, guys, giants are not unbeatable!" Kalev made a more generalized statement, that "yes we can, because we have Hashem!" ( ibid
4 comments
Read more 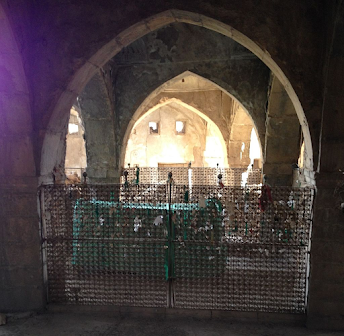 I was perusing Nachum on Shabbat when I came across the following verse ( Nachum 2:8 ): " וְהֻצַּב גֻּלְּתָה הֹעֲלָתָה וְאַמְהֹתֶיהָ מְנַהֲגוֹת כְּקוֹל יוֹנִים מְתֹפְפֹת עַל לִבְבֵהֶן", which roughly translates as " And Huzzab is exiled and carried away, while her handmaidens as with the voices of doves, beating their breasts." The reason that I say "roughly" is because the meaning of the word "הצב" - "Huzzab" is unclear. Traditional commentary typically states that it may have been the name of the Assyrian queen. Malbim has a different suggestion which is that Huzzab means that she was led away in a "turtle-wagon" (עגלת צב), and that her name was גלתה - Guletah (Malbim connects this to the root גלת - GLT in Tiglat-Pileser's name. I'm not sure that particular point holds water in the Assyrian language, though). Even before seeing Malbim, it occurred to me that Guletah may indeed be a name and may derive from the Assyr
Post a Comment
Read more
More posts

Harel
Hi! I'm Harel. Online, sometimes I go by Harel13. I'm a Zionist-Religious Yeshiva student in Israel with interests in Tanach, aggada, Jewish history and some other fields.